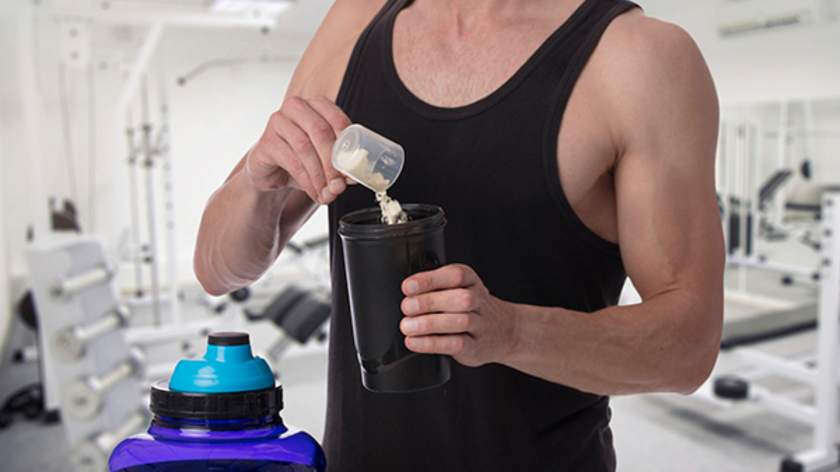 Creatine For Men and Women

Creatine is a popular supplement that you can find at your local health or fitness store. It has been used by athletes and fitness enthusiasts in supplement form for more than two decades, and is generally considered a safe and effective way for men and women to boost energy levels and muscle mass.

Creatine is an Amino acid found mainly in muscles, but small amounts can be found in the brain as well. The body manufactures it in the liver, kidneys and pancreas, although you can also ingest it through eating red meat and seafood. Once consumed, muscles convert Creatine into Creatine Phosphate. That is then turned into Adenosine Triphosphate (ATC), a compound used to provide bursts of energy during exercise or athletic performance.

More research is needed to determine if Creatine has other uses besides muscles mass increase. However, numerous studies have been conducted that seem to indicate a potential use for medical conditions such as Parkinson’s Disease and Muscular Dystrophy. It is also being used to improve mental performance and combat depression.

Women and Creatine Use

The prevalence of opinions stating that Creatine is “just for guys” shouldn’t scare women away from using it, particularly since the rumors come from misinformation and misunderstanding. It can have numerous benefits for women, including

Monohydrate vs Other Forms of Creatine

Women who use creatine as part of their workout regiment notice particular improvements in their ability to gain lean muscle. A Canadian study conducted in 2003 showed that older women who took Creatine as part of a six-month strength training program had twice the increase in lean muscle mass compared to those who took a placebo. More research is needed to confirm these results, but since it is considered safe for long-term consumption, it doesn’t hurt for women to add it to their workout routine on a trial basis.

There are many forms of Creatine on the market, including those with Hydrochloride, Ethyl Ester, and Magnesium Chelate. Monohydrate is the most commonly found form, and for a good reason. Not only is this form of Creatine most effective for muscle gain, it is also the form that most scientific studies use in clinical trials, so scientists have more research to support its safety and overall effectiveness. Growth Labs Australia has created a supplement with 100% pure Creatine Monohydrate that can be used by men or women to ramp up their workout routine and build muscle mass.

Creatine has the title of “most popular” nutritional ergogenic aid. There is no question that it’s supplementation can help athletes put more energy into their workouts and maintain high-intensity performance longer than they could without it.

Further studies have shown that Creatine use can help prevent serious injury, lower recovery time and help protect athletes from spinal cord and concussive injuries. According to another 2003 study, taken on a regular basis it can even lessen common athlete complaints, including muscle tightness, strain and cramping. In addition, it promotes hyper-hydration and provides thermoregulation effects that help athletes keep going during prolonged exercise in the heat without developing heat illness or dehydration.

Our 100% Creatine Monohydrate provides you with the muscle and energy-boosting properties that you’re looking for in a quality health supplement, at a price that puts other companies to shame. Put your game face on and create the “you” you’ve always dreamed of with Growth Labs Australia’s 100% Pure Creatine supplements.